<<  Back to the overview 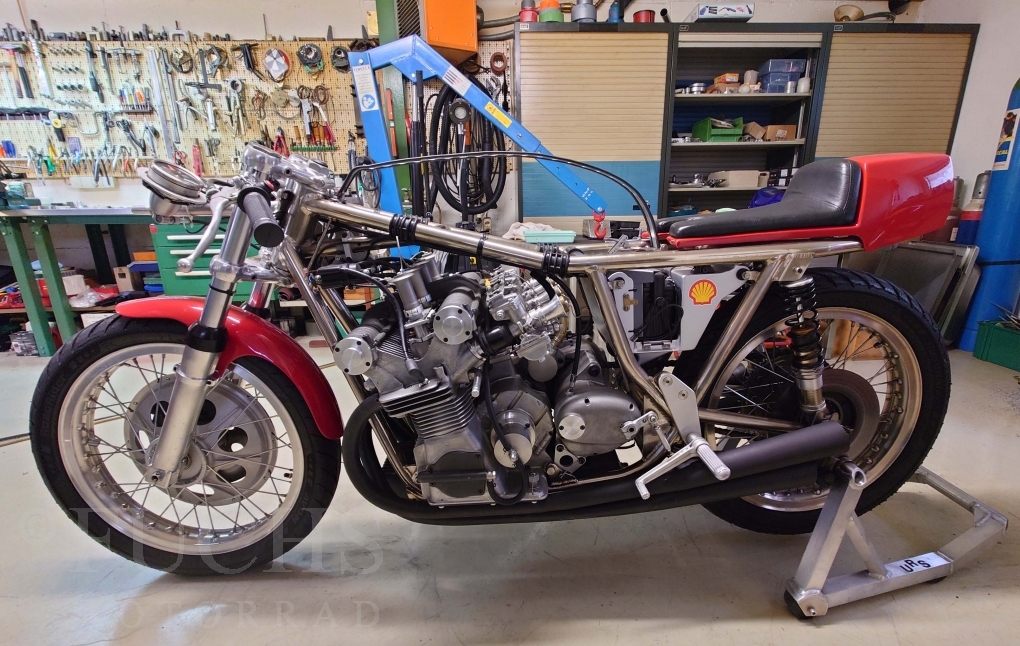 Take up here fast and uncomplicatedly contact with us

Hear and watch our model in this video.

All facts for print.

General Information:
A URS 500 has become a myth worldwide. Only a few designers have succeeded in building their own competitive racing machine independently of the global corporations. Helmut Fath, who came from Ursenbach, was one of these exceptional people. The first 3 letters of his hometown formed the name for his air-cooled 4-cylinder in-line engine. With 4 overhead intake ports for the air and a firing order of 1-4-2-3, the engine is immediately identifiable. At a speed of 13,500 rpm, more than 80 hp are realised. In 1968 Helmut Fath, together with Wolfgang Kalauch, achieved the great coup. They won the world championship with the URS 500 engine in the sidecar. The solo URS with Karl Hoppe and John Blachard showed with lap records that it was possible to come at least within striking distance of MV Agusta with Giacomo "Ago" Agostinizu. In the end, there was a lack of money at the beginning of the 70s. That is why only a few engines were built. Various sources speak of about 10 engines. In 1971, Horst Owesle and Peter Ruttford achieved another coup by winning another world championship title. Our Solo URS 500 originally came from Horst Owesle. Werner Schwärzel completely restored the racing machine consisting of a Seeley chassis with the URS 500 engine and made it ready to ride again. His stroke of genius should be highlighted because there is no other URS 500 in the world that is ready to race. The bottom line. We have an absolute rarity